Top Ten Tuesday is an original weekly meme created by The Broke and the Bookish. I thought this would be a fun way to share a condensed version of potential rambles and thoughts.

My interpretation for debut is “newly released”. I know this blog is bookish-centric but I thought I’d share with you other mediums of entertainment that I fancy throwing my time at. Funneling these choices down to a list of ten was kind of difficult, but I think I managed (somewhat) to aggregate my list of novel/movie/telly debuts.

I apologize in advance if you decide to read/skim/skim-read this behemoth.

Note: I refrained from making comments based on the face value of the book. so I hope the synopsis speaks for itself. I mean all I can really say for each one is: MUCH EXCITES. So there’s no real commentary there. Haha, enjoy!

[How do you rid the Earth of seven billion humans? Rid the humans of their humanity.

Surviving the first four waves was nearly impossible. Now Cassie Sullivan finds herself in a new world, a world in which the fundamental trust that binds us together is gone. As the 5th Wave rolls across the landscape, Cassie, Ben, and Ringer are forced to confront the Others’ ultimate goal: the extermination of the human race.

Cassie and her friends haven’t seen the depths to which the Others will sink, nor have the Others seen the heights to which humanity will rise, in the ultimate battle between life and death, hope and despair, love and hate.]

(taken from The Infinite Sea @ Goodreads) 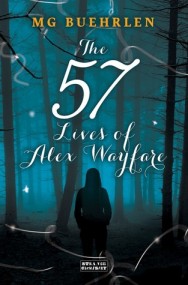 [For as long as 17-year-old Alex Wayfare can remember, she has had visions of the past. Visions that make her feel like she’s really on a ship bound for America, living in Jamestown during the Starving Time, or riding the original Ferris wheel at the World’s Fair.

But these brushes with history pull her from her daily life without warning, sometimes leaving her with strange lasting effects and wounds she can’t explain. Trying to excuse away the aftereffects has booked her more time in the principal’s office than in any of her classes and a permanent place at the bottom of the social hierarchy. Alex is desperate to find out what her visions mean and get rid of them.

It isn’t until she meets Porter, a stranger who knows more than should be possible about her, that she learns the truth: Her visions aren’t really visions. Alex is a Descender – capable of traveling back in time by accessing Limbo, the space between Life and Afterlife. Alex is one soul with fifty-six past lives, fifty-six histories.

Fifty-six lifetimes to explore: the prospect is irresistible to Alex, especially when the same mysterious boy with soulful blue eyes keeps showing up in each of them. But the more she descends, the more it becomes apparent that someone doesn’t want Alex to travel again. Ever.

And will stop at nothing to make this life her last.]

(taken from The Fifty-Seven Lives of Alex Wayfare @ Goodreads)

[In Eden City, the Wordless, or illiterate poor, would never even dream of meeting one of the all-powerful Words who run the city-state. Much less of running away with one.

When a drop-dead gorgeous girl literally falls in his lap during his routine trash run, seventeen-year-old Tavin Barnes isn’t sure if it’s the luckiest day of his life, or the beginning of the worst. Because Khaya is also the Word of Life, meaning that she could either heal a wound with a touch or command an ivy bush to devour a city block, depending on her mood.

By helping Khaya escape the seemingly idyllic confines of Eden City into Europe beyond, Tavin unwittingly throws himself into the heart of a conflict that is threatening to tear the city apart… if not the world. Eden City’s elite will stop at nothing to protect the shocking secret Khaya hides, and enlists the help of the other Words, each with their own frightening powers—like the ability to spark a fire, raise a flood, or kill with a touch—to bring her back.

To survive, Tavin must confront the mysteries of his past… and risk sacrificing what he cares about most.]

Continue reading to check out the rest of the debuts I’m excited for as well as my anticipated movies and telly shows for twenty-fourteen.

END_OF_DOCUMENT_TOKEN_TO_BE_REPLACED

I don’t really set goals or resolutions for myself anymore as the impending doom of the quarter-life crisis looms in a few years. So I just focus on taking the days as they come. And I’m also pretty sure I’m in the same boat with those who convince themselves to set resolutions fully knowing deep down that nothing will come out of it. So here’s to hoping that (at least) 1% of the listed ‘bullet-points-that-I-will-refrain-from-calling-a-goalsolution’ will be met.

•thoughts: I read too much sci-fi…so the focus is on having a 1:2 ratio of alternative genre-to-sci-fi, unless I:

2. Pick up and/or complete older series

•thoughts: need to read several series that I haven’t got the chance to yet. should be fun times writing a review for a trilogy/series/or more all at once.

3. Collaborate with other readers on reviews

•thoughts: I think it would be neat to develop the basis of a review through conversation; feeding ideas and tangents back and forth.

4. Maybe get into reviewing ARCs?

•thoughts: the hesitance is real (since I’m still a subpar reviewer). but then I think: why not? it’s just an expedited review…right?

Great. Now I don’t have a choice; it’s set in blog-o-paper-stone.

But aside from the last one; which I believe more people should take the extra effort and time to exhibit/demonstrate/what-have-you, I can’t think of anymore bookish-centric ones for myself as a newbie reviewer/rambler/blogger/keyboard smasher.

And besides: baby steps yo’.