Music Monday is a weekly meme hosted by the Total Book Geek. The purpose of this bookish variant is to match a book with a particular song; whether it is character defining, a narrative element, or just an overall book defining track.

So why am I doing this? Well if I had to choose to only have one of the five traditional senses, it would be sound perception above all else. And hey I think it’d be neat to share music I listen to on a daily basis!

END_OF_DOCUMENT_TOKEN_TO_BE_REPLACED 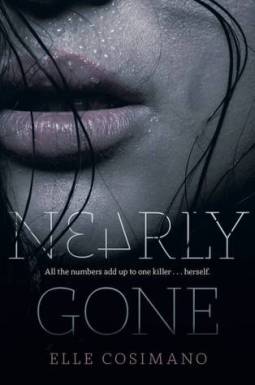 Bones meets Fringe in a big, dark, scary, brilliantly-plotted urban thriller that will leave you guessing until the very end.

Nearly Boswell knows how to keep secrets. Living in a DC trailer park, she knows better than to share anything that would make her a target with her classmates. Like her mother’s job as an exotic dancer, her obsession with the personal ads, and especially the emotions she can taste when she brushes against someone’s skin. But when a serial killer goes on a killing spree and starts attacking students, leaving cryptic ads in the newspaper that only Nearly can decipher, she confides in the one person she shouldn’t trust: the new guy at school—a reformed bad boy working undercover for the police, doing surveillance. . . on her.

Nearly might be the one person who can put all the clues together, and if she doesn’t figure it all out soon—she’ll be next.

– Riddles and clues galore to be solved involving a large pool of suspects — to me, it reads like a mix between The Zodiac Killer and Criminal Minds
– Narrative pacing is on-point with it’s focused genre and will keep you questioning till the very end with various twists
– Underdeveloped characters; protagonist has book-smarts but lacks the alternative and often leads to making bad decisions
– There’s a paranormal element involving empathy which isn’t fully explored to it’s potential and is easily glossed over
– Romance is a love-square and also involves reformed bad boys, jealousy, and friend-zoning

I had some pretty high expectations with this read being in line with all them crime/mystery/suspense shows I watch on the daily. It’s not nearly as good as I thought it could have been but it wasn’t horrendous if one overlooks some key aspects. Being a murder-mystery centric, sometimes you just have to take that skepticism hat off—or at least lower your inquisitive mind a bit to actually not be particular picky.

Disclaimer: There may be spoilers inherent to this review from this point onward.