A beautiful and distinguished family.
A private island.
A brilliant, damaged girl; a passionate, political boy.
A group of four friends—the Liars—whose friendship turns destructive.
A revolution. An accident. A secret.
Lies upon lies.
True love.
The truth.

Read it.
And if anyone asks you how it ends, just LIE.

(re: Goodreads @ We Were Liars by E. Lockhart)

– If you are dying to read this book, forgo every review and just read.
– Putting on that detective hat may ruin the reading experience. The “big twist” isn’t earth shattering if readers can uncover the clues.
– The narrative follows an unreliable narrator and often reads with a staggered-yet-lyrical bounce. The descriptive prose is vivid but often overbearing and too dramatic—teenagers don’t think/speak the way this novel imagines them.
– The plot centers on a mystery and how the protagonist cannot recall a pivotal moment that changed her family. Everything else is filler content; basically tom-foolery, eating lots of food, and romantic dilemmas.
– Themes (money and power, corruption, racism and discrimination, misogyny, etc.) are lacklustre in development and add limited commentary to inspire change.

First-world problems.
To eat that scone or not.
A fair-skinned girl; a boy quite the opposite.
Three musketeers, three French hens, a BLT sandwich. Three.
A skeptical hat. An ill-conceived plan. A lot of hype.
No one likes the truth.
Truth can save you.
Truth is boring.

Read it (or don’t).
And if anyone asks you how it ends, please consider the TRUTH.

END_OF_DOCUMENT_TOKEN_TO_BE_REPLACED 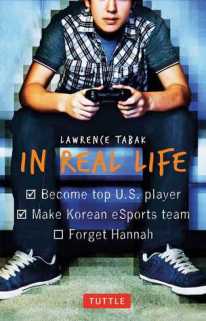 While Seth mopes about his tournament results and mixed signals from Hannah, Team Anaconda, one of the leading Korean pro squads, sees something special. Before he knows it, it’s goodbye Kansas, goodbye Hannah, and hello to the strange new world of Korea. But the reality is more complicated than the fantasy, as he faces cultural shock, disgruntled teammates, and giant pots of sour-smelling kimchi.

What happens next surprises Seth. Slowly, he comes to make new friends, and discovers what might be a breakthrough, mathematical solution to the challenges of Starcraft. Delving deeper into the formulas takes him in an unexpected direction, one that might just give him a new focus—and reunite him with Hannah.

(re: Goodreads @ In Real Life by Lawrence Tabak)

– Presented like a character case-study on the average gamer hoping to turn a dream into reality.
– The less you know about the gaming community or the eSports industry, the more enjoyment you may find with this read.
– Protagonist is presented like a Marty Stu (the male version of a Mary Sue character; basically flawless) and there is limited consequence to his actions that propel him to achieve [almost] everything on his road map.
– Relationship with the primary love interest is fleshed out over time despite the possibility of it actually being instalove.
– Discrepancy in experienced culture shock considering Seth’s willingness and assumed knowledge of the environment prior to endeavoring into the Korean environment versus a regular Westerner venturing into the unknown. Also utilizes stereotypes to sell some narrative elements without making social commentary to change the way of thinking.

I was so stoked to read this book because of the nature of content this story delves into is near and dear to me. That being said, I’ve been sitting on writing this review for a while because the wording was difficult to get right—and I’m not even sure I even scratched the surface with some of these discussions I’ve made below (despite it being almost 3k words too long lololol).

Full disclosure: I received an advanced reader copy of In Real Life through Netgalley for an honest review. I extend thanks to Tuttle Publishing for providing me the opportunity to review this book.

END_OF_DOCUMENT_TOKEN_TO_BE_REPLACED 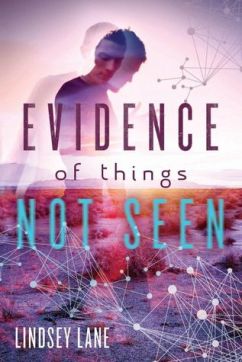 When high school junior Tommy Smythe goes missing, everyone has a theory about what happened to him. Tommy was adopted, so maybe he ran away to find his birth parents. He was an odd kid, often deeply involved in his own thoughts about particle physics, so maybe he just got distracted and wandered off. He was last seen at a pull-out off the highway, so maybe someone drove up and snatched him. Or maybe he slipped into a parallel universe. Tommy believes that everything is possible, and that until something can be proven false, it is possibly true. So as long as Tommy’s whereabouts are undetermined, he could literally be anywhere.

Told in a series of first-person narratives from people who knew Tommy and third-person chapters about people who find the things Tommy left behind—his red motorbike, his driving goggles, pages from his notebook—Particles explores themes of loneliness, connectedness, and the role we play in creating our own realities.

(re: Goodreads @ Evidence of Things Not Seen by Lindsey Lane)

– Open, interpretative narratives about the realities of life masked behind the mystery of Tommy’s disappearance. Some are coming-of-age stories with limited scope, others are charming tales of family, but they’re all uniquely independent lives with tangible difficulties
– Twenty very different narrators joined by the six-degrees of separation to Tommy Smythe; reads like a collection of short stories
– A quick, well-paced read despite a variety of darker societal issues that may not be explored in much depth (i.e. child and teenage sexuality, mental health disabilities, science versus religion, murder, physical and substance abuse)

I’m stumped as to how to go about saying anything about this novel. It’s different; twenty POVs different, and there’s a certain disjointed connectedness (wait, that doesn’t even make sense does it?) about this read that’s mind-bogglingly weird and interesting at the same time.

Also, I just reviewed the synopsis and I’m confused as to whether or not there’s supposed to be a name change or not (re: Particles, in the last paragraph).

Full disclosure: I received an advanced reader copy of Evidence of Things Not Seen through Netgalley for an honest review. I extend thanks to Farrar, Straus and Giroux (BYR) under Macmillan Children’s Publishing Group for providing me the opportunity to review this book.