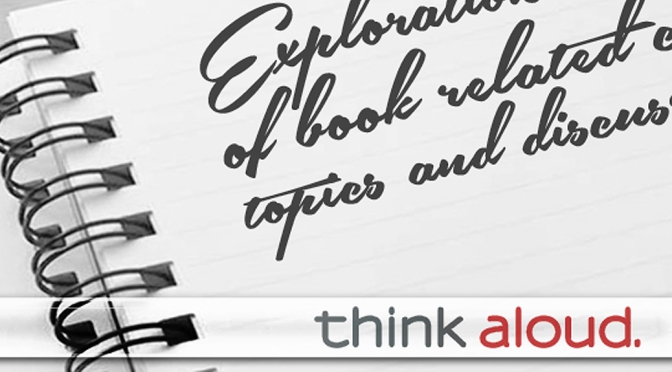 Think Aloud explores book-related discussions encompassing reading, writing, blogging, and perhaps newsworthy content. The focus is to push the boundaries, stretch the mind, and encourage dialogue within this community. Let’s all think out loud.

The one book that could have broken barriers, challenged stereotypes, and changed perspectives did not win Canada Reads 2015.

(The discussions below are from a Canadian perspective but the issues concern everyone.)

Canada Reads in a Nutshell:

Canada Reads is a moderated debate competition with panelists advocating a shortlisted CanLit novel that best fits the annual theme and promotes “the one book that Canada should read”. The discussion spans four days of debate; each day involving one book being eliminated until one novel is left standing. The theme for 2015 focused on breaking barriers, challenging stereotypes, and changing perspectives. It was moderated by Wab Kinew.

(I must preface the comments made below as someone who has only almost finished reading Kim Thuy’s Ru. Please see below for excerpts of the books discussed in this years competition.)

From young adults to octogenarians, Islam extremists to cultural immersion, and the historical treatment of indigenous communities to present day acceptability of LGBTQIA, every novel has value worth addressing. When these issues are deconstructed, the prejudices at its core have to have been perpetuated by a demographic population. The problem with the cultivated discussions is that even though hot topics were debated, the argumentative focus was rarely concerned with the readership necessary to inspire change.

Readers of Canadian Literature span all ages—that’s awesome—but when it comes time to break that barrier, part of the argument has to consider who the trailblazers are or need to be. We can have all the transparent discussions in the world but if we only talk in circles with nothing to show for it…is that enough? Half of the battle is the gamble in putting all your eggs into the basket of good faith—the people—and the downside is that even if the book is read and motivates a deep desire for change, how can these impacts materialise into the Canada we wish to see (or frankly, into any country we wish we live in)?

The point isn’t to wave the flag for the acknowledgement of the willing but to recognize that being blind is not the same as ignorance. All life in Canada (or even around the world), citizen or otherwise, is a stakeholder and the six degrees of separation is a testament to the indirect affiliation to any marginalized minority. Discrimination will always find a way to persist but that doesn’t mean those who live with comfort should limit their perspective in a world of colour. This is the problem I’m most concerned with and what I thought needed to be addressed.

Homosexuality (or any degree of the LGBTQIA label) is a struggle many youths face and concerns of what to do with the aging population is an even bigger beast to tackle. But kids who want compassion and elders who should have the option of their final days are topics relevant in social and governmental forums. We see these on the daily and I am certainly not dismissing their importance.

What we seldom witness is the urgency and slow extinction of Indigenous communities. If you step outside the education system, there are home-grown Canadians who are unfamiliar that their neighbours have been grossly marginalized. This number skyrockets for immigrants reaching for the Canadian dream. Like other minorities, these communities exist in their own time and space but they do not stand on the same ground as the rest of us.

We, with our technology gnaw away at the earth and hand them the resultant scraps.

We, with our urbanization take their resources and push against the possibility of assimilation.

And We, with our cultural mosaic burn the olive branch in promoting coexistence by disregarding their lifestyle out of the choice and convenience of dissociation.

This is the problem we sweep under the rug and why I firmly believe The Inconvenient Indian should have won Canada Reads 2015. It’s more than just racial inequality…it’s about acknowledging their human existence—something we cannot truly sympathize with without engaging the history of endured struggle. And I’m part of the problem. The limited history taught in schools is dismissible, easily forgotten, and not enough of us concern ourselves with communities outside of our own.

They say “no news is good news” but in the case of Indigenous communities, we read into narratives forcibly painted by the rocks thrown at them—rocks that we carry—and when your cup of knowledge is near-empty, you fill it up with what comes accessible. It’s this knowledge gap that’s restricting us from positively moving forward and Canada, as a community, has to realize that the building blocks of addressing a human issue are in more hands than just changing existing perspectives. Change does need to trickle top-down from government-to-enterprise or parent-to-child but the bulk of those informed need to be youths and new-adults. Experience and wisdom lag the process of social change; especially when it isn’t genuine. Change because you want to not because someone tells you to. It’s through wondrous and untainted eyes that history be transparently challenged.

This brings us back to my main concern with the debates: the lack of discussion on demographics that ought to be reading this. Many panelists mentioned that they wished a book like theirs was accessible to them when they were younger, and I have a problem with this statement. We all have retrospective clarity but to ascertain that child-you (or a generalized population of children) would willingly and selflessly educate themselves to read non-fiction is something else entirely. What should be considered is amount of exposure outside of studies. The light does not shine on indigenous individuals like it does toward LGBTQIA, old-age, or immigrants whom are within arms-reach every day. Children are impressionable but many can only gauge the severity of any barrier if the problems are in their line-of-sight. Otherwise, it’s just another onerous grade to achieve—only persisting the problem of growing up blind to a community.

Instead, I hope that the curriculum challenges students to engage this rich history with intrigue and concern—that those affected are our neighbours, our friends, and us. That history is not something to be left dormant and unexposed because the “past is the past”. We should address today with those who are beginning to make their mark, not the career 9-to-5ers stuck in routine and lack care toward issues that may not tangibly affect them. A barrier does not stay broken—it won’t actually break down—but to change the tomorrow we wish to see is to put that perspective out there so the hurdle isn’t as daunting when more eyes grow witness to it.

If you watched this  years Canada Reads, which book do you think should have won the competition?

What is one book that sparks debate you think everyone should read? (And for what issue does it concern?)

What issue (social or otherwise) do you think needs more attention?

I highly recommend you watch/listen to these debates. Even if they’re not books you’d see yourself reading, it’s a focused discussion on books that does spark a diversity of ideas. (Some of their messages were powerful and feels-inducing.) 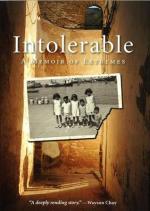 “As a gay man living in an intolerant country, Al-Solaylee escaped first to England and eventually to Canada, where he became a prominent journalist and academic. While he was enjoying the cultural and personal freedoms of life in the West, his once-liberal family…”

Panelist: Craig Kielburger (Children’s rights activist, Free the Children, Me To We) 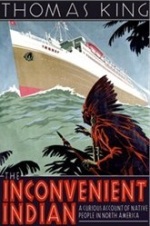 “Rich with dark and light, pain and magic, this book distills the insights gleaned from that meditation, weaving the curiously circular tale of the relationship between non-Natives and Natives in the centuries since the two first encountered each other…” 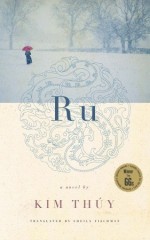 “Ru is literature at its most crystalline: the flow of a life on the tides of unrest and on to more peaceful waters. In vignettes of exquisite clarity, sharp observation and sly wit, we are carried along on an unforgettable journey from a palatial residence in Saigon to a crowded and muddy Malaysian refugee camp, and onward to a new life in Quebec…”

Advocating: And The Birds Rained Down (Rhonda Mullins) 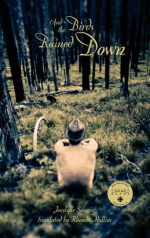 “Tom and Charlie have decided to live out the remainder of their lives on their own terms, hidden away in a remote forest, their only connection to the outside world a couple of pot growers who deliver whatever they can’t eke out for themselves. But one summer two women arrive…”

Advocating: When Everything Feels like the Movies (Raziel Reid) 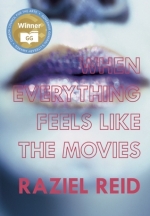 “School is just like a film set: there’s The Crew, who make things happen, The Extras who fill the empty desks, and The Movie Stars, whom everyone wants tagged in their Facebook photos. But Jude doesn’t fit in. …As the director calls action, Jude is the flamer that lights the set on fire.”