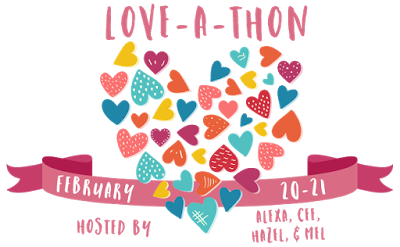 The original challenge was called “An Invitation to Tea” where you assemble people from the community and authors to sit around and drink tea and talk and stuff. That’s cool and all…but let me just take a different route with this prompt by saying this is an invitation to save the world.

You can call me that wise matchmaking seer who sets these heroes on their journey…yes, that’s it.

Know that you’ll have to take what I say in good faith and fun that I’m not making fun of anyone — so I won’t be explaining most of the choices made below. (I also has the help with finding choices for some of these.)

This was the book that made me want to write this prompt. I referred to Goodreads to see who has read this book to make the choices.

Inej: the “Martha Stewart” does-everything-person = An (Read at Midnight)

Nina: the outspoken badass = Nova (Out of Time)

Wylan: the newbie with hidden talents = Ava (Bookishness and Tea)

Let’s consider them rescuing something tangible from the Ice Court — perhaps a coveted ARC — do you think they’d succeed?

Lord of the Rings (Tolkien)

To be honest, this one came to me in seconds…

Gollum: the lurking shade = Someone–like me–who will surely read your post but mainly likes them and rarely comments.

For those unknowing, here’s a brief summary: Scam says anything to get what he wants, Mob/Bellwether can control a crowds’ vibe, Flicker is blind and sees through the eyes of others, Crash can disrupt technology, Anonymous can can cut the ties to everyone that make him visible.

Crash: the steadfast implosion = Joy (Joyous Reads) — I’ve a reason for this: a while back, I wasn’t able to load up your blog graphics etc. I mean it’s fine now but that’s the memory I’m going with LOL.

So Chooi inadvertently robbed a bank. HOW WILL HER COMPATRIOTS HELP HER GET OUT OF THIS ONE?

I felt like I needed mainstream franchise in here to round things out SO THERE.

Dauntless: the one who’s not brave but actually Divergent = Andrew (Endlessly Reading)

Candor: the messenger of transparency = Khanh (Khanh the Grinch) — because I love Khanh’s reviews on Goodreads, let’s go with that. Links to Goodreads instead of a blog.

I wouldn’t know because I’m feigning protagonist responsibility and living with the Amity and all the “herbal” goodness. Such zen.

Which conflict could you see yourself joining together with other bloggers to partake in?

To get your brain churning: the enrolling into Hogwarts and being the Blogger Who Lived (Harry Potter)? The need to survive the upcoming Winter (Game of Thrones)? The fact that you’re culled with other bloggers in The Hunger Games?