On February 28, 2019, I was fortunate enough to attend Frenzy Presents, a YA-centric book preview hosted by HarperCollins Canada (HCC). The event’s focus was to highlight upcoming Spring 2019 releases. As always, it was great connecting with the Toronto et al. community of influencers.

I’ll be showcasing the 27 books in full and highlight some standouts that I’m excited for! Better get your Goodreads open because shelves be topplin’.

END_OF_DOCUMENT_TOKEN_TO_BE_REPLACED

Top Ten Tuesday is an original weekly meme created by The Broke and the Bookish, which is now hosted on That Artsy Reader.

This Week’s Theme:
Most Anticipated YA Releases
(First Half of 2019)

My [most] anticipated YA releases has probably changed by the time you’re reading this. I have no chill.

END_OF_DOCUMENT_TOKEN_TO_BE_REPLACED 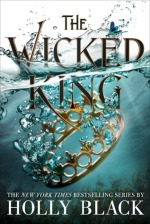 After the jaw-dropping revelation that Oak is the heir to Faerie, Jude must keep her younger brother safe. To do so, she has bound the wicked king, Cardan, to her, and made herself the power behind the throne. Navigating the constantly shifting political alliances of Faerie would be difficult enough if Cardan were easy to control. But he does everything in his power to humiliate and undermine her even as his fascination with her remains undiminished.

When it becomes all too clear that someone close to Jude means to betray her, threatening her own life and the lives of everyone she loves, Jude must uncover the traitor and fight her own complicated feelings for Cardan to maintain control as a mortal in a Faerie world.

(re: Goodreads @ The Cruel Prince by Holly Black)

– The stakes in court drama and political intrigue are higher and further developed; shifting powers and old/new players make their move
– Setting showcases new environments but often lacks nuance to support the change in scenery, the magic involved, and vivid imagery
– Romance feels more slow burn now (but the previous love square is now a love triangle.)
– Some continuity issues in the writing from info. established in the first book that may just have not been explored rather than being a discrepancy (e.g. Jude’s lying, use of mithridatism, use of magic)

This review has been a long time coming, and I do apologize because a lot of it is going to be based on my notes I wrote months ago. Spoiler level is low-moderate.

Disclaimer: I received an ARC of The Wicked King from Hachette at Book Expo.