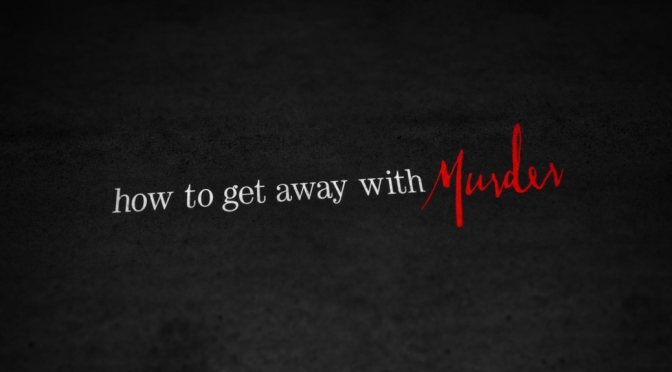 Alternatives:
Theory Crafting:
How To Get Away With Murder S01

There are spoilers below. If you haven’t seen the finale, don’t read any further. You have been warned.

So I thought since so many of you murderers watch this show, it’d be fun to open up discussions as to some theories swimming in my head. I know streamlining comments/replies on WordPress might not be the best buuuuut let’s hope it works! Please feel free to add to my wealth of convoluted brain farts and argue everything (I will edit this post accordingly).

This is a giant work-in-progress post and isn’t very coherent.

Finale Questions—Looking At Rebecca Only:

Producer on the Finale:

(Open the images to see a larger, clearer version.)

How many scratches are in each set; does it correlate to another meaning (in roman numerals)?

What could Eggs mean?

What could Lawyer’s House mean?

How does the timeline work?

Who Did Rebecca Text?

(The important question to ask is what motive each might have for getting rid of Rebecca.)

Other Exhibits to Explore:

Oh geeeeeeeez this was so fun to write up even though I could be completely wrong with all the little things so far. I will follow-up and continue adding to this page when I flesh out more ideas.

I’m not so much concerned right now as to the “who did Sam call?” regarding how quickly Lila was murdered by Frank. It might not have been anyone related at all to the Keating practice.

Let me know some of your opinions on anything! I’d love to hear how you’ve theorized the happenings.

14 thoughts on “[Alternatives] – Television – Theory Crafting: How To Get Away With Murder S01”

2017 goal: 100 posts. 2018 goal: 100 posts. 2019 goal: 100 posts. 2020 goal: 100 posts. - ...this will be the year I tell ya. . . Q: what’s one book, song, tv show, or film you vibed with during 2019? I love a good rec! . . As for a retrospective: although I found myself more in the periphery of the book community this past year, I am humbled and grateful that I was still able to enjoy some wonderful reads, attend boisterously fun events, and stay connected with buds from the community here in Toronto. . . New decade new me, hopefully, as I hope to return to regular things. And speaking of content on this social, as much as I enjoy sticking to whatever theme I have going, it has been hella daunting to continue this path. So I may just scrap it all and just do whatever bookish thing whenever. TBD. . . Anyways. Drink boba, enjoy the burrito snuggles, and be merry in the next decade or whatever people say, Joey . . . .
Although I was unable to attend the #TeensReadFeed Fall 2019 preview at Ampersand’s office in Toronto yesterday, I popped into the live stream during my break at work and was able to catch the last half hour of the presentation! Cheers to @raincoastbooks team for this haul and for pitching upcoming titles by way of horoscopes. They must be wizards because this Virgo got the title he was matched with (The Grace Year!). . . #bookstagram #igreads #instabook #bookblogger #bookgram #bookphotography #bookcommunity #booksbooksbooks #booksofinstagram #bibliophile #bookish #booknerd #bookworm #booklover #bookaddict #libro #yalit #bookstagramfeatures #bookishcanadians #flatlay #livro #guyswhoread #ireadya #amreading #bookflatlay #lgbt #queer #pride #bookhaul . . . .
Ever pick up a book thinking it would be one thing only for it to take a different approach (for better or worse)? . . Ignore the correctness of the pictured legal brief. It follows what I'm familiar with in Ontario practices and also assumes some information of the characters. But yeah there was certainly less legal shenanigans in this book than I had thought there would be in a story framed around a deposition. Not that that's a bad thing. Just saying that the discovery process is more of a vessel for the story than all else. . . Full review to come but there was a lot of good to digest from #DeposingNathan whether it be lgbtqia+ (bisexuality specifically), religion, and domestic violence rep. This debut understood the gravity of its material and handled it with care and sensitivity, while staying true to the characters and the reality of toxic relationships between family and friends. . . “For sixteen years, Nate was the perfect son—the product of a no-nonsense upbringing and deep spiritual faith. Then he met Cam, who pushed him to break rules, dream, and accept himself. Conflicted, Nate began to push back. With each push, the boys became more entangled in each others’ worlds...but they also spiraled closer to their breaking points. And now all of it has fallen apart after a fistfight turned near fatal incident—one that’s left Nate with a stab wound and Cam in jail. . Now Nate is being ordered to give a statement, under oath, that will send his best friend to prison. The problem is, the real story of what happened between them isn’t as simple as anyone thinks.” . . . . #bookstagram #igreads #instabook #bookblogger #bookgram #bookphotography #bookcommunity #booksbooksbooks #booksofinstagram #bibliophile #bookish #booknerd #bookworm #booklover #bookaddict #libro #yalit #bookstagramfeatures #bookishcanadians #flatlay #livro #guyswhoread #ireadya #amreading #bookflatlay #lgbt #queer #bisexuality #zacksmedley
What's a staple item you carry/wear when traveling? . . For the past two years I attended Book Expo in New York, I wore my #ReadTheNorth sweater going through customs. Both times I was questioned as to what the shirt said. I took that as an opportunity to exchange small talk, specifically my glowing support of the Toronto #Raptors and their previous slogans in We The North, and currently #NorthOverEverything, and asked if they were fans of the sport... all the while I don’t even follow basketball lelelel. . . Declaring x books/ARCs is also a fun conversation to have with customs. . . “...But Zayneb, the only Muslim in class, isn’t bad. She’s angry. When she gets suspended for confronting her teacher, and he begins investigating her activist friends, Zayneb heads to her aunt’s house in Doha, Qatar, for an early start to spring break. Fueled by the guilt of getting her friends in trouble, she resolves to try out a newer, “nicer” version of herself in a place where no one knows her. Then her path crosses with Adam’s. Since he got diagnosed with multiple sclerosis in November, Adam’s stopped going to classes, intent, instead, on perfecting the making of things. Intent on keeping the memory of his mom alive for his little sister. Adam’s also intent on keeping his diagnosis a secret from his grieving father. Alone, Adam and Zayneb are playing roles for others, keeping their real thoughts locked away in their journals.” . . . . #bookstagram #igreads #instabook #bookblogger #bookgram #bookphotography #bookcommunity #booksbooksbooks #booksofinstagram #bibliophile #bookish #booknerd #bookworm #booklover #bookaddict #libro #yalit #bookstagramfeatures #bookishcanadians #flatlay #livro #guyswhoread #ireadya #bookflatlay #travel #bookflatlay #lovefromatoz