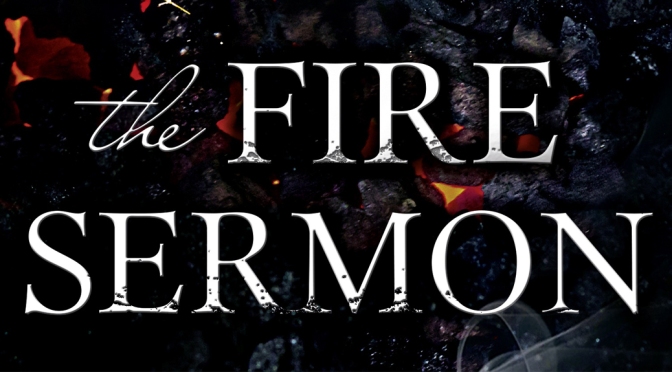 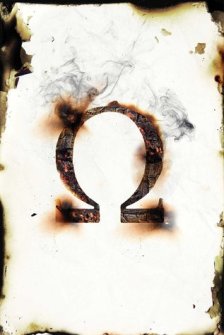 Four hundred years in the future, the Earth has turned primitive following a nuclear fire that has laid waste to civilization and nature. Though the radiation fallout has ended, for some unknowable reason every person is born with a twin. Of each pair, one is an Alpha—physically perfect in every way; and the other an Omega—burdened with deformity, small or large. With the Council ruling an apartheid-like society, Omegas are branded and ostracized while the Alphas have gathered the world’s sparse resources for themselves. Though proclaiming their superiority, for all their effort Alphas cannot escape one harsh fact: Whenever one twin dies, so does the other.

Cass is a rare Omega, one burdened with psychic foresight. While her twin, Zach, gains power on the Alpha Council, she dares to dream the most dangerous dream of all: equality. For daring to envision a world in which Alphas and Omegas live side-by-side as equals, both the Council and the Resistance have her in their sights.

(re: Goodreads @ The Fire Sermon by Francesca Haig)

— Haig paints the world with nimble clarity but there are conceptual holes in plotting likely to be revealed in later installments
— Reads like a game of cat-and-mouse but with limited consequence for the protagonist. Solid twists and revelations support the narrative with the right moral questions being asked
— A love triangle is hinted but the romance itself isn’t developed
— Protagonists don’t experience much self-growth. Most of their development comes from assimilating themselves back into the world while coming to understand the environment around them
— Cited as being YA despite the protagonists being 20+ in age. (Only the beginning 20% was backstory—when the protagonist-twins twins were 13)
— Rating: 2.75/5

Oh look, another blurb via “the next Hunger Games!” From the first novel, there isn’t that much that’s similar. A heroine who is “special” but doesn’t realise their specialness—in the grand scheme of plotting—does not result to being Katniss. An almost-not-really love triangle does not result to Gale/Peeta. A government-ish tyranny with plenty of propaganda is silly compared to Panem forcing children to kill each other. The YA formula for dystopian fiction is so watered down that the likes of my stomach rumbling out of hunger is—dare I say—the next Hunger Games too.

Full disclosure: I received an advanced reader copy of The Fire Sermon through Goodreads First Reads. I extend thanks to Gallery Books via. Simon and Schuster for providing me the opportunity to review this book.

There are books that need an extra fifty pages and then there are those that could probably do without it. But what do you eliminate when everything seems to add value toward the body of work being crafted? That is my core problem with Haig’s The Fire Sermon. It is undoubtedly refined with beautiful exposition—showing her powerhouse of a poetry background—but I feel that’s mostly all it was. Sermon’s concept is novel; the romance is tediously akin to an isosceles triangle, its characters are questionably identified as young adults despite being 20+, and it has an unfolding narrative reminiscent to a chase thriller—these are what encapsulate the beginning to this trilogy already optioned for film.

The time is the After; a post-nuclear ridden landscape where technology ceases to operate and infrastructures have decayed into inoperable silence. Now is when households live in a wasteland of the Before; kindling their fire for heat, living off their laborious sweat, and birthing twins without fail—an alpha and an omega child, always one boy and one girl. Alphas: perfect, able-bodied. Omegas: ridden with undesirables, both physically and mentally incapacitating quirks, and are branded and cast off into a different life. For Cassandra and her twin brother Zach, they were too similar to know who the lesser twin was and remained together until they were 13. But Cass knew she was different with a peculiar sense of foresight; a seer it was called, who bore no physical defect. With the Omega brand scorched into her skin, the title opens a rift between the twins. Yet no matter how different they are or how far the lead separate lives, they are bound by one fate: if one twin dies, so too does the other.

The world building from a landscape perspective is what keeps this book alive. Haig paints the world with such nimble clarity that it’s bleak as hell when it needs to be but beautiful and lush when it can be highlighted. It features well-imagined (and perhaps claustrophobic) tight-spaces against the gritty desolation of what her version of a nuclear-ravished world would be. It has solid exposition that essentially creates a character out of the changing environments; a true testament to her craft and building descriptive layers—ground up—of the large expanse surrounding the protagonists.

But from a contextual standpoint: belief should be suspended to digest the implications associated with this world. It’s a blessing and a curse because on one hand readers are blind to conceptual holes in plotting (easily fixed with an info-dump) but on the other, it is in the nature of Cass discovering the openness of the world for the first time that there are these gaps in knowledge. So for now, the reasoning behind radiation causing deformities, birthing-and-linking twins, and seer abilities is something to be discovered in the installments to come.

The pacing was pretty iffy for me. It has a lot of stopping and going which I can only best describe as a lot of being chased, taking a breather, relishing in the moment, and then repeating this process several times until the end. It slows down to the point where the sense of urgency of being hunted disengages the read and it allows for more reading breaks than what should be allowed. For comparison’s sake, the cat-and-mouse chase in Ness’ Knife of Never Letting Go, I found, was far more gripping and well-paced than this novel.

The characters are what killed it for me from 30% and onward—so that’s like 300 pages of blergh. While I tend to enjoy supporting characters a lot more than leads, that wasn’t quite the case for this book either. I chuckled when things were good and felt sad when things got rough—but I didn’t feel a pull to the characters even though I understood their perils and felt the messages being told.

I’m sorry to say this but this Cass’ personality is akin to female protagonists in contemporary reads who wave their “girl who thinks she’s ugly but is not-so-secretly gorgeous” flag without a care (except in a different light in this book). Cass would insist that her seer ability of perception—basically allowing her to channel intuition to feel out her surroundings—was something that couldn’t be controlled. She droned about this to every new character we meet who asked for her to witchy-woo-woo them to safety. But then there’s this one moment past the midpoint when she’s just like “stand back and let me use my powers” (edited for dramatic effect) and I’m thinking “okay…” and then chapters later she goes back to chiming this inability. Ack.

I also kind of wished that seers weren’t “perfect” in appearance; although you could argue her mental capabilities is a handicap. It felt as though Cass could do no wrong as a heroine and although endured hardships, it didn’t seem to affect her going forward where other characters get punished for her actions. While I’m glad that Haig addressed the need for characters to feed themselves (re: see my post on “Lack of Sustenance is the True Antagonist”), Cass still seemed to defy the odds during the manhunt when she should have been malnourished and exhausted from previous physically enduring endeavours.

And another thing: wouldn’t it be weird if your twin was having sexy times? It’s noticed that twins share physical pain no matter how small. So since they share the feels, wouldn’t the other twin experience feelings of pleasure as well? That must break 10-counts of privacy laws or something.

Kip is introduced as the boy rescued by Cass who essentially suffers from amnesia. He’s like the rescued puppy you never knew you wanted but now that he’s around, life wouldn’t be the same without him. He’s solid in that regard, but otherwise, his purpose to propel Cass’ development is hindered by the conflicting relationship being evoked. To me, Kip and Cass read a lot like a sibling bond with lacking attraction (or perhaps lust?) that took away from their friendship. Aside from the force fed romance, Kip is the key driver in posing the moral questions–and that’s a good thing.

Piper is literally there for dramatic tension between Cass and Kip. He doesn’t play a large role in this installment aside from being another alternative for Cass, easy on the fictional eyes, and ship-worthy competition for the apparent necessary romance. Of course he had to be written in.

Zach might be my favourite character thus far. While he went through a bit of prepubescent angst while being tied to Cass, here’s a far more interesting character now that he’s aged. But that still doesn’t mean that I fully accept his character growth. There’s an awkward, and perhaps sudden, acceptance of Zach from what we learned about him in childhood to when we actually do see him again in the now. It’s almost a 180-degree flip in personality. I feel like if this book ventured into a dual-narrative story, it would have exposed the story to greater depth and engrossed readers into buying his interest (or the collective Alpha idealism) toward a oppressed-normality free of their twins. It makes the revelations feel rather shallow and unwarranted and it is an area that I hope receives much more attention.

The Fire Sermon is a fair introduction to an expanse world even if most of the happenings were crammed into tight spaces with the rest of the story resting on the threat of being found. Francesca Haig is no stranger to being ballsy with her story and for the most part, the twist was “no way…” worthy—I’ll say that much. It does right in questioning how microcosmic communities perceive difference; whittled down to bite-sized extremes of deformities at its core. The key revelation reinforces social disparity to not be viewed as isolated extremes where change is looked down upon, or worse, non-existent. It does so by passively incorporating the mantra, “be the change you wish to see”, through small moments in Cass’s journey without need for radical proclamation to go against the grain. In some ways, Haig has given a voice to today’s eccentricities and hasn’t exoticized them for what it isn’t, and if that’s not points for solid writing then I don’t know what is.

I’m such a  fail—two read books/reviews in two months. Ha.