How does one even forecast future reads a year in advance when the struggle is real to attack the existing pile?

For those of you who have yet to start or are planning to catch up on Maggie Stiefvater’s The Raven Cycle series, I’m giving away a signed hardcover copy of Blue Lily, Lily Blue (Book #03)!  More details can be found here: [Blue Lily, Lily Blue INT’L giveaway]  #plugplugplug

(Side note: I guess I actually only want to check this out to see if the plot is remotely similar to Death Note’s concept…) 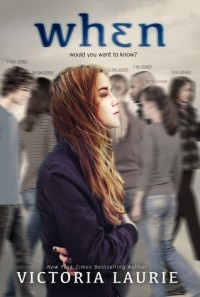 Maddie Fynn is a shy high school junior, cursed with an eerie intuitive ability: she sees a series of unique digits hovering above the foreheads of each person she encounters. Her earliest memories are marked by these numbers, but it takes her father’s premature death for Maddie and her family to realize that these mysterious digits are actually death dates, and just like birthdays, everyone has one.

Forced by her alcoholic mother to use her ability to make extra money, Maddie identifies the quickly approaching death date of one client’s young son, but because her ability only allows her to see the when and not thehow, she’s unable to offer any more insight. When the boy goes missing on that exact date, law enforcement turns to Maddie.

Soon, Maddie is entangled in a homicide investigation, and more young people disappear and are later found murdered. A suspect for the investigation, a target for the murderer, and attracting the attentions of a mysterious young admirer who may be connected to it all, Maddie’s whole existence is about to be turned upside down. Can she right things before it’s too late? 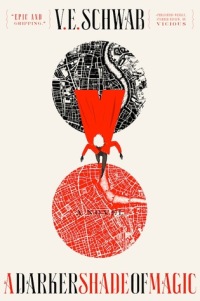 Kell is one of the last Travelers—magicians with a rare, coveted ability to travel between parallel universes—as such, he can choose where he lands.

There’s Grey London, dirty and boring, without any magic, ruled by a mad King George. Then there’s Red London, where life and magic are revered, and the Maresh Dynasty presides over a flourishing empire. White London, ruled by whoever has murdered their way to the throne—a place where people fight to control magic, and the magic fights back, draining the city to its very bones. And once upon a time, there was Black London…but no one speaks of that now.

Officially, Kell is the Red Traveler, personal ambassador and adopted Prince of Red London, carrying the monthly correspondences between the royals of each London. Unofficially, Kell is a smuggler, servicing people willing to pay for even the smallest glimpses of a world they’ll never see—a dangerous hobby, and one that has set him up for accidental treason. Fleeing into Grey London, Kell runs afoul of Delilah Bard, a cut-purse with lofty aspirations, who first robs him, then saves him from a dangerous enemy, and then forces him to spirit her to another world for a proper adventure.

But perilous magic is afoot, and treachery lurks at every turn. To save all of the worlds, Kell and Lila will first need to stay alive—and that is proving trickier than they hoped. 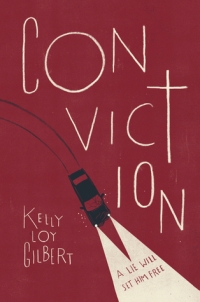 Ten years ago, God gave Braden a sign, a promise that his family wouldn’t fall apart the way he feared.

But Braden got it wrong: his older brother, Trey, has been estranged from the family for almost as long, and his father, the only parent Braden has ever known, has been accused of murder. The arrest of Braden’s father, a well-known Christian radio host, has sparked national media attention. His fate lies in his son’s hands; Braden is the key witness in the upcoming trial.

Braden has always measured himself through baseball. He is the star pitcher in his small town of Ornette, and his ninety-four-mile-per-hour pitch al- ready has minor league scouts buzzing in his junior year. Now the rules of the sport that has always been Braden’s saving grace are blurred in ways he never realized, and the prospect of playing against Alex Reyes, the nephew of the police officer his father is accused of killing, is haunting his every pitch.

Braden faces an impossible choice, one that will define him for the rest of his life, in this brutally honest debut novel about family, faith, and the ultimate test of conviction 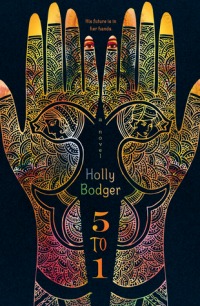 In the year 2054, after decades of gender selection, India now has a ratio of five boys for every girl, making women an incredibly valuable commodity. Tired of marrying off their daughters to the highest bidder and determined to finally make marriage fair, the women who form the country of Koyanagar have instituted a series of tests so that every boy has the chance to win a wife.

Sudasa, though, doesn’t want to be a wife, and Kiran, a boy forced to compete in the test to become her husband, has other plans as well. As the tests advance, Sudasa and Kiran thwart each other at every turn until they slowly realize that they just might want the same thing.

This beautiful, unique novel is told from alternating points of view-Sudasa’s in verse and Kiran’s in prose-allowing readers to experience both characters’ pain and their brave struggle for hope.

All The Bright Places – Jennifer Niven

Theodore Finch is fascinated by death, and he constantly thinks of ways he might kill himself. But each time, something good, no matter how small, stops him.

Violet Markey lives for the future, counting the days until graduation, when she can escape her Indiana town and her aching grief in the wake of her sister’s recent death.

When Finch and Violet meet on the ledge of the bell tower at school, it’s unclear who saves whom. And when they pair up on a project to discover the “natural wonders” of their state, both Finch and Violet make more important discoveries: It’s only with Violet that Finch can be himself—a weird, funny, live-out-loud guy who’s not such a freak after all. And it’s only with Finch that Violet can forget to count away the days and start living them. But as Violet’s world grows, Finch’s begins to shrink.

In all the ways that matter, Mark is a normal kid. He’s got a dog named Beau and a best friend, Jessie. He likes to take photos and write haiku poems in his notebook. He dreams of climbing a mountain one day.

So Mark runs away. He leaves home with his camera, his notebook, his dog, and a plan to reach the top of Mount Rainier–even if it’s the last thing he ever does.

The Honest Truth is a rare and extraordinary novel about big questions, small moments, and the incredible journey of the human spirit.

Zack Lightman is daydreaming through another dull math class when the high-tech dropship lands in his school’s courtyard-and when the men in the dark suits and sunglasses leap out of the ship and start calling his name, he’s sure he’s still dreaming.

But the dream is all too real; the people of Earth need him. As Zack soon discovers, the videogame he’s been playing obsessively for years isn’t just a game; it’s part of a massive, top-secret government training program, designed to teach gamers the skills they’ll need to defend Earth from a possible alien invasion. And now…that invasion is coming.

As he and his companions prepare to enter their ships and do battle, Zack learns that the father he thought was dead is actually a key player in this secret war. And together with his father, he’ll uncover the truth about the alien threat, race to prevent a genocide, and discover a mysterious third player in the interplanetary chess game he’s been thrown into. 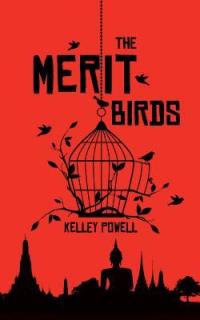 Eighteen-year-old Cam Scott is angry. He’s angry about his absent dad, he’s angry about being angry, and he’s angry that he has had to give up his Ottawa basketball team to follow his mom to her new job in Vientiane, Laos. However, Cam’s anger begins to melt under the Southeast Asian sun as he finds friendship with his neighbour, Somchai, and gradually falls in love with Nok, who teaches him about building merit, or karma, by doing good deeds, such as purchasing caged “merit birds.” Tragedy strikes and Cam finds himself falsely accused of a crime. His freedom depends on a person he’s never met. A person who knows that the only way to restore his merit is to confess. “The Merit Birds” blends action and suspense and humour in a far-off land where things seem so different, yet deep down are so much the same.

The Rest Of Us Just Live Here – Patrick Ness

What if you lived in a world a lot like a YA novel? Where people you know have already battled vampires and zombies and soul-eating ghosts and whatever this new thing turns out to be? What if you just want to go to prom and graduate before someone goes and blows up the high school again?

They told David it was impossible–that even the Reckoners had never killed a High Epic. Yet, Steelheart–invincible, immortal, unconquerable–is dead. And he died by David’s hand.

Eliminating Steelheart was supposed to make life more simple. Instead, it only made David realize he has questions. Big ones. And there’s no one in Newcago who can give him the answers he needs.

Babylon Restored, the old borough of Manhattan, has possibilities, though. Ruled by the mysterious High Epic, Regalia, David is sure Babylon Restored will lead him to what he needs to find. And while entering another city oppressed by a High Epic despot is a gamble, David’s willing to risk it. Because killing Steelheart left a hole in David’s heart. A hole where his thirst for vengeance once lived. Somehow, he filled that hole with another Epic–Firefight. And he’s willing to go on a quest darker, and more dangerous even, than the fight against Steelheart to find her, and to get his answers.

So many of these will probably be repeats in the coming lists regarding 2015 debuts. Oh well :D! So remember to check out the giveaway I’m hosting and have a super day.

Also: how about that Goodreads awards? Did the books you voted for win?