This Week’s Theme:
Top Ten Books On
That Winter 14′ TBR

I remember Winter last year. I was reading a book a week, and now it’s like a book every month if I’m lucky. I just realized for consistency in book cover photos, this is indeed 12…and not 10. But now it is time for me to try to get back into the swing of these weekly memes! 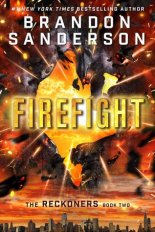 I’m more than halfway through this one (but I also started a month and a half ago…ish). So until I finish this, I’ll assume that I will be reading this through the beginning of winter.

I’ve just started reading this. That is all. 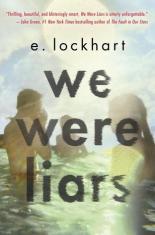 I realize I have this growing trend that all the books I want to read I just defer until the sequel comes out (and then I pray by then I’ll have enough willingness to start it). Golden Son. January 2015.

We Were Liars – E. Lockhart

Now that I only see news of this 1:100 posts instead of 1:5 when everyone was getting hyphy, perhaps it is time.

The Fight For Power – Eric Walters 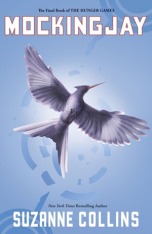 All The Light We Cannot See – Anothy Doerr

I’ve attempted to convince myself many times to start reading this; including having read it by the year end. And maybe it will be possible to start it, at the very least, once I finish Monsters of Men, I can have this book as the lengthy book I carry around on commute.

I think I will forever remember the opening weekend of Mockingjay as the weekend I was dying with food poisoning (not that I was actually seeing the movie though). But I’m surprisingly not dying to see the movie, but I know that if and when I do, I’ll need to have this read.

I read the first three chapters at Coles and I knew I needed to take my pen and post-its and go to war on this puzzle of a book. But then I realized I had no cash on me. And despite that casino that is apparently holding the $500k USD is undergoing bankruptcy (I will still choose to believe that there is a pot of gold at the end of it…)

The Ghosts of Heaven – Marcus Sedgwick

All I’m saying is: dat cover tho. I’d put a frame on it. (Note: I actually don’t even know what it’s truly about LOL.)

I don’t even need to type the entire book name for everyone to know how often I say I will read it—BUT BEHOLD—I have a copy of it now. And I just realized the chapters are fairly short. I read shorter chapters with much expediency than longer drawn out chapters.

And maybe is all I can say to all the doubters that Joseph won’t read NA. Cue that J. Biebs, “Never [say] Never.”

I also just realised that though I write these TBRs, I usually only get to one of them LOL.

And if anyone is hoping to snag a copy of Blue Lily, Lily Blue by Maggie Stiefvater, I’ll be holding a signed hardcopy giveaway of it in due time (probably later this week), so be on the lookout.