Spring? What is this spring you speak of? I only know of Winter and Summer (Canada takes #WeAreWinter trending too seriously). This list is part rehashing from an earlier post (Top Ten Debuts I’m Excited For (Books/T.V./Movies)) and part inclusion of novels that have been added to my TBR pile. And let’s be honest: I’m terribad at following my lists. My ratio of read to to-be-read is like 1:30. Oops. Business as usual, image linking to their respective Goodreads site to learn more about each novel.

The following is a generated list of books that I will eventually read (in several seasons), slated to be released in Spring. 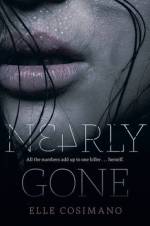 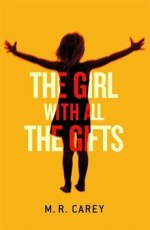 thoughts: This gives me them Zodiac Killer vibes. Chills, yo.

Nearly Boswell knows how to keep secrets. Living in a DC trailer park, she knows better than to share anything that would make her a target with her classmates. Like her mother’s job as an exotic dancer, her obsession with the personal ads, and especially the emotions she can taste when she brushes against someone’s skin. But when a serial killer goes on a killing spree and starts attacking students, leaving cryptic ads in the newspaper that only Nearly can decipher, she confides in the one person she shouldn’t trust: the new guy at school—a reformed bad boy working undercover for the police, doing surveillance. . . on her.

Melanie is a very special girl. Dr Caldwell calls her ‘our little genius’. Every morning, Melanie waits in her cell to be collected for class. When they come for her, Sergeant keeps his gun pointing at her while two of his people strap her into the wheelchair. She thinks they don’t like her. She jokes that she won’t bite, but they don’t laugh. Melanie loves school. She loves learning about spelling and sums and the world outside the classroom and the children’s cells. She tells her favourite teacher all the things she’ll do when she grows up. Melanie doesn’t know why this makes Miss Justineau look sad. 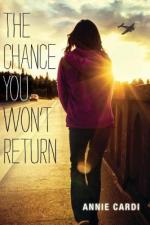 thoughts: sounds like a painful read for all the right reasons.

Driver’s ed and a first crush should be what Alex Winchester is stressed out about in high school – and she is. But what’s really on her mind is her mother. Why is she dressing in Dad’s baggy khaki pants with a silk scarf around her neck? What is she planning when she pores over maps in the middle of the night? When did she stop being Mom and start being Amelia Earhart? Alex tries to keep her budding love life apart from the growing disaster at home as her mother sinks further into her delusions. But there are those nights, when everyone else is asleep, when it’s easier to confide in Amelia than it ever was to Mom. Now, as Amelia’s flight plans become more intense, Alex is increasingly worried that Amelia is planning her final flight – the flight from which she never returns. What could possibly be driving Mom’s delusions, and how far will they take her?

thoughts: Part of the removed synopsis suggest this is similar to Inception. I love inception — now will I love this?

Oracles see the future but are never supposed to interfere. Charlotte learned that the hard way. If she hadn’t tried to change one of her childhood visions, her father would still be alive. Since the accident, Charlotte has suppressed her visions to avoid making the same mistake. But when she receives a premonition of a classmate’s murder, she can no longer ignore her powerful gift.

Then Charlotte meets someone who not only knows her secret but who also has a way for her to stop the killer. He offers to teach her how to manipulate her visions to change the future. But doing so will put Charlotte in the path of the murderer.… 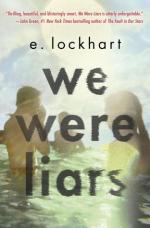 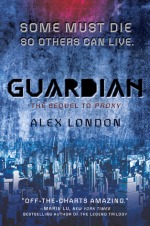 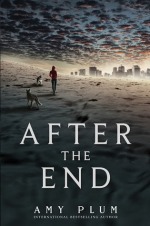 thoughts: a paradox of a read in itself,  maybe. it’s also pretty short.

A beautiful and distinguished family.
A private island.
A brilliant, damaged girl; a passionate, political boy.
A group of four friends—the Liars—whose friendship turns destructive.
A revolution. An accident. A secret.
Lies upon lies.
True love.
The truth.

[synopsis blurb not disclosed for fear of spoiling you and me.]

thoughts: this is right up my alley. hue hue hue.

When Juneau returns from a hunting trip to discover that everyone in her clan has vanished, she sets off to find them. Leaving the boundaries of their land for the very first time, she learns something horrifying: There never was a war. Cities were never destroyed. The world is intact. Everything was a lie.

Now Juneau is adrift in a modern-day world she never knew existed. But while she’s trying to find a way to rescue her friends and family, someone else is looking for her. Someone who knows the extraordinary truth about the secrets of her past. 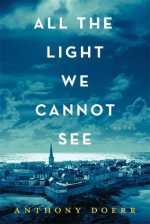 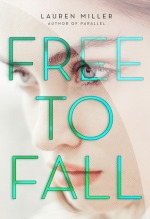 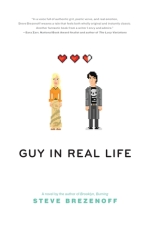 thoughts: I’m touting this to be a challenge read for me, being historical fiction and all.

Marie Laure lives with her father in Paris within walking distance of the Museum of Natural History where he works as the master of the locks (there are thousands of locks in the museum). When she is six, she goes blind, and her father builds her a model of their neighborhood, every house, every manhole, so she can memorize it with her fingers and navigate the real streets with her feet and cane. When the Germans occupy Paris, father and daughter flee to Saint-Malo on the Brittany coast, where Marie-Laure’s agoraphobic great uncle lives in a tall, narrow house by the sea wall.

In another world in Germany, an orphan boy, Werner, grows up with his younger sister, Jutta, both enchanted by a crude radio Werner finds. He becomes a master at building and fixing radios, a talent that wins him a place at an elite and brutal military academy and, ultimately, makes him a highly specialized tracker of the Resistance. Werner travels through the heart of Hitler Youth to the far-flung outskirts of Russia, and finally into Saint-Malo, where his path converges with Marie-Laure.

thoughts: an app to end all apps? does that mean no more flappy bird 😦

Fast-forward to a time when Apple and Google have been replaced by Gnosis, a monolith corporation that has developed the most life-changing technology to ever hit the market: Lux, an app that flawlessly optimizes decision making for the best personal results. Just like everyone else, sixteen-year-old Rory Vaughn knows the key to a happy, healthy life is following what Lux recommends. When she’s accepted to the elite boarding school Theden Academy, her future happiness seems all the more assured. But once on campus, something feels wrong beneath the polished surface of her prestigious dream school. Then she meets North, a handsome townie who doesn’t use Lux, and begins to fall for him and his outsider way of life. Soon, Rory is going against Lux’s recommendations, listening instead to the inner voice that everyone has been taught to ignore — a choice that leads her to uncover a truth neither she nor the world ever saw coming.

thoughts: LOL. Presumably a must-read for any gamer aficionado.

It is Labor Day weekend in Saint Paul, Minnesota, and boy and girl collide on a dark street at two thirty in the morning: Lesh, who wears black, listens to metal, and plays MMOs; Svetlana, who embroiders her skirts, listens to Björk and Berlioz, and dungeon masters her own RPG. They should pick themselves up, continue on their way, and never talk to each other again.

This is a story of two people who do not belong in each other’s lives, who find each other at a time when they desperately need someone who doesn’t belong in their lives. A story of those moments when we act like people we aren’t in order to figure out who we are. A story of the roles we all play-at school, at home, with our friends, and without our friends-and the one person who might show us what lies underneath it all.

thoughts: Kinda has a cinematic, Chronicle-like (the movie) feel.

The world is stunned when four commuter planes crash within hours of each other on different continents. Facing global panic, officials are under pressure to find the causes. With terrorist attacks and environmental factors ruled out, there doesn’t appear to be a correlation between the crashes, except that in three of the four air disasters a child survivor is found in the wreckage.

Dubbed ‘The Three’ by the international press, the children all exhibit disturbing behavioural problems, presumably caused by the horror they lived through and the unrelenting press attention. This attention becomes more than just intrusive when a rapture cult led by a charismatic evangelical minister insists that the survivors are three of the four harbingers of the apocalypse. The Three are forced to go into hiding, but as the children’s behaviour becomes increasingly disturbing, even their guardians begin to question their miraculous survival… 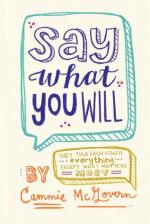 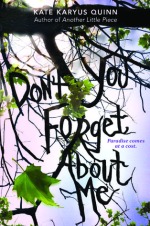 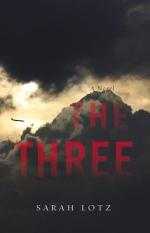 Born with cerebral palsy, Amy can’t walk without a walker, talk without a voice box, or even fully control her facial expressions. Plagued by obsessive-compulsive disorder, Matthew is consumed with repeated thoughts, neurotic rituals, and crippling fear. Both in desperate need of someone to help them reach out to the world, Amy and Matthew are more alike than either ever realized.

When Amy decides to hire student aides to help her in her senior year at Coral Hills High School, these two teens are thrust into each other’s lives. As they begin to spend time with each other, what started as a blossoming friendship eventually grows into something neither expected.

thoughts: I don’t know what I should feel after reading this blurb. it’s a good kind of confusion, though.

A place where no one gets sick. And no one ever dies.

Except…
There’s a price to pay for paradise. Every fourth year, the strange power that fuels the town exacts its payment by infecting teens with deadly urges. In a normal year in Gardnerville, teens might stop talking to their best friends. In a fourth year, they’d kill them.

Four years ago, Skylar’s sister, Piper, was locked away after leading sixteen of her classmates to a watery grave. Since then, Skylar has lived in a numb haze, struggling to forget her past and dull the pain of losing her sister. But the secrets and memories Piper left behind keep taunting Skylar—whispering that the only way to get her sister back is to stop Gardnerville’s murderous cycle once and for all.

But this is all certainly wishful thinking to get a chance to read any of the above… because I have a backlog of previous season’s TBR books (discounting ARCs, even). Plus, I’ve been recently neglecting reading and selling my soul to follow Big Brother Canada and gaming, among other things — so that certainly doesn’t help.

And whoops, totally realized after I typed this up that I had more than 10. But no worries, a little of extra exposure never hurt.

Does any of these perk your interest? If there’s some speculative/science fiction that you think I’m missing, certainly shoot me a reply and let me know!