Top Ten Tuesday is an original weekly meme created by The Broke and the Bookish.

This Week’s Theme:
Anticipated Releases During
Second Half of 2016 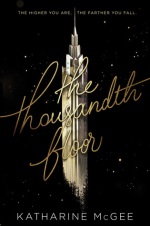 New York City as you’ve never seen it before. A thousand-story tower stretching into the sky. A glittering vision of the future, where anything is possible—if you want it enough.

And living above everyone else on the thousandth floor is Avery Fuller, the girl genetically designed to be perfect. The girl who seems to have it all—yet is tormented by the one thing she can never have. 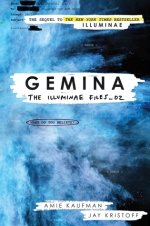 Reasons: Why am I excited for this book despite not having read Illuminae yet? It’s because I need this book to chill right next my copy of Illuminae. I’m such a hoarder, damnit.

But since all I can really do is prance around this cover. Let’s just talk about the blues. Not sure about the black though but I’m sure it’ll be passable.

[Blurb redacted due to potential spoilers for my sake and yours.]

Reasons: I’ve heard this book to be a toss-up of terrible and amazing — but I’ll reserve judgment as she is easily rising up in auto-buy status. 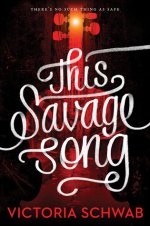 Kate Harker and August Flynn are the heirs to a divided city—a city where the violence has begun to breed actual monsters. All Kate wants is to be as ruthless as her father, who lets the monsters roam free and makes the humans pay for his protection. All August wants is to be human, as good-hearted as his own father, to play a bigger role in protecting the innocent—but he’s one of the monsters. One who can steal a soul with a simple strain of music. When the chance arises to keep an eye on Kate, who’s just been kicked out of her sixth boarding school and returned home, August jumps at it. But Kate discovers August’s secret, and after a failed assassination attempt the pair must flee for their lives.

[Blurb redacted due to potential spoilers for your sake.]

Reasons: Because I’m a sucker for SF-F dystopian fiction. 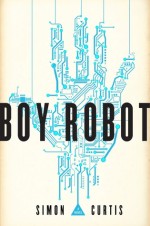 There once was a boy who was made, not created.

His adoptive parents were killed, a mysterious girl saved him from a team of soldiers, and he learned of his own dark and destructive origin.
An origin he doesn’t want to believe, but one he cannot deny.

Ever The Hunted (Summerill)

Reasons: I already ship the mentioned names in the blurb. I’m such trash LOL. 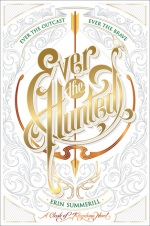 Seventeen year-old Britta Flannery is at ease only in the woods with her dagger and bow. She spends her days tracking criminals alongside her father, the legendary bounty hunter for the King of Malam—that is, until her father is murdered. Now outcast and alone and having no rights to her father’s land or inheritance, she seeks refuge where she feels most safe: the Ever Woods. When Britta is caught poaching by the royal guard, instead of facing the noose she is offered a deal: her freedom in exchange for her father’s killer.

However, it’s not so simple.

The alleged killer is none other than Cohen McKay, her father’s former apprentice. The only friend she’s ever known. The boy she once loved who broke her heart.

A Shadow Bright and Burning (Cluess) 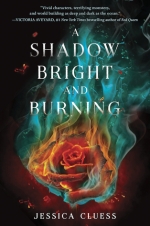 Reasons: “When I grow up…I want to combust into flames!” Said no one ever.

Henrietta Howel can burst into flames.

Forced to reveal her power to save a friend, she’s shocked when instead of being executed, she’s invited to train as one of Her Majesty’s royal sorcerers.

Vassa in the Night (Porter)

Reasons: Dude, what? MC has a talking doll companion. A. Talking. Doll. (Granted, I get the heebie jeebies to anything porcelain-doll-like BUT WHATEVER IT’S ON OUR SIDE AND NOT SOME EVIL POSSESSED THING FROM THE UNDERWORLD.) 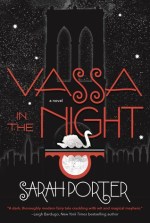 In the enchanted kingdom of Brooklyn, the fashionable people put on cute shoes, go to parties in warehouses, drink on rooftops at sunset, and tell themselves they’ve arrived. A whole lot of Brooklyn is like that now—but not Vassa’s working-class neighborhood. In Vassa’s neighborhood, where she lives with her stepmother and bickering stepsisters, one might stumble onto magic, but stumbling out again could become an issue. Babs Yagg, the owner of the local convenience store, has a policy of beheading shoplifters—and sometimes innocent shoppers as well. So when Vassa’s stepsister sends her out for light bulbs in the middle of night, she knows it could easily become a suicide mission.

Mark of the Plague (Sands)

Reasons: The Blackthorn Key is legit one of my top 2015 reads. And I need me more of my pigeon feels. 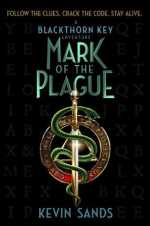 The Black Death has returned to London, spreading disease and fear through town. A mysterious prophet predicts the city’s ultimate doom—until an unknown apothecary arrives with a cure that actually works. Christopher’s Blackthorn shop is chosen to prepare the remedy. But when an assassin threatens the apothecary’s life, Christopher and his faithful friend Tom are back to hunting down the truth, risking their lives to untangle the heart of a dark conspiracy.

Reasons: This book better be light years better than Messenger of Fear (Grant) because it has almost the same type of idea and I ripped MoF to shreds. 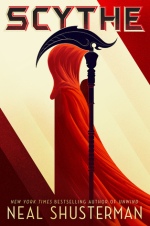 In a world where disease has been eliminated, the only way to die is to be randomly killed (“gleaned”) by professional reapers (“scythes”). Citra and Rowan are teenagers who have been selected to be scythe’s apprentices, and—despite wanting nothing to do with the vocation—they must learn the art of killing and come to understand the necessity of what they do.

Reasons: This book reiterates my love for competitions. Damnit, wallet, stop it. 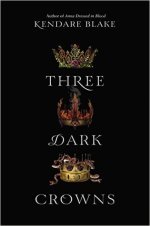 Every generation on the island of Fennbirn, a set of triplets is born: three queens, all equal heirs to the crown and each possessor of a coveted magic. Mirabella is a fierce elemental, able to spark hungry flames or vicious storms at the snap of her fingers. Katharine is a poisoner, one who can ingest the deadliest poisons without so much as a stomachache. Arsinoe, a naturalist, is said to have the ability to bloom the reddest rose and control the fiercest of lions.

But becoming the Queen Crowned isn’t solely a matter of royal birth. Each sister has to fight for it. And it’s not just a game of win or lose…it’s life or death. The night the sisters turn sixteen, the battle begins. The last queen standing gets the crown.

Reasons: Notwithstanding this “RED QUEEN” meets “HUNGER GAMES” nonsense, it sounds solid because SPACE OPERA. When’s the last time I read one of thooooose? 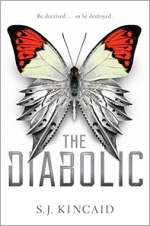 Nemesis is a Diabolic, a humanoid teenager created to protect a galactic senator’s daughter, Sidonia. The two have grown up side by side, but are in no way sisters. Nemesis is expected to give her life for Sidonia, and she would do so gladly. She would also take as many lives as necessary to keep Sidonia safe.

Reasons: 10/10 blurb writing A+ would read again. Not even going to include the cover because the blurb is so good.

Strange the Dreamer is the story of:

the aftermath of a war between gods and men
a mysterious city stripped of its name
a mythic hero with blood on his hands
a young librarian with a singular dream
a girl every bit as perilous as she is imperiled
alchemy and blood candy, nightmares and godspawn, moths and monsters, friendship and treachery, love and carnage.

Reasons: Potential love triangle aside (read the full blurb and not my excerpt below), it sounds so dirty and atmospheric. Like…a dirty because I’m out working all day dirty; a fun in the sun kind of dirty. Not like sexy times dirty or unhygenic–YOU KNOW WHAT? WHATEVER. JUST READ THE BLURB. 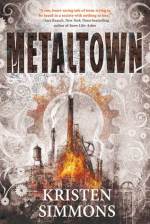 Metaltown, where factories rule, food is scarce, and hope is in short supply.

The rules of Metaltown are simple: Work hard, keep your head down, and watch your back. You look out for number one, and no one knows that better than Ty. She’s been surviving on the factory line as long as she can remember. But now Ty has Colin. She’s no longer alone; it’s the two of them against the world. That’s something even a town this brutal can’t take away from her. Until it does.

Reasons: So you read the blurb and think “okay, contemporary thriller” then you check the side genre classification and see LGBT…and now you are intrigued. I’m a wizard. 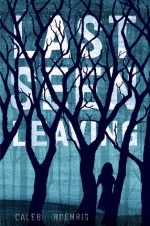 Flynn’s girlfriend, January, is missing. The cops are asking questions he can’t answer, and her friends are telling stories that don’t add up. All eyes are on Flynn—as January’s boyfriend, he must know something.