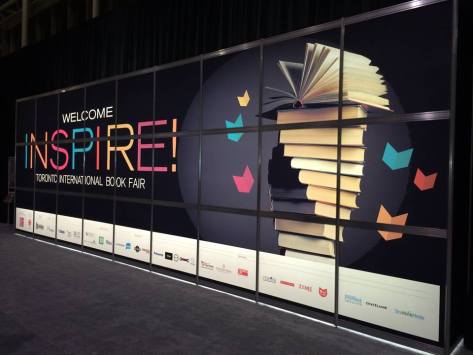 It seems like the Saturday days of weekend-long conventions are the busiest times of most conventions. And rightfully so! When Savindi (The Streetlight Reader) arrived a bit early, we found two other high school buds there and it was like bam, throwback conversations.

We were fortunate enough to sit through the panel: The Jaipur Literature Festival Presents: Navtej Sarna, speaking about his book “Indians at Herod’s Gate”. This was quite the surprise of an experience—and needless to say—I felt so inspired after his panel. He was soft spoken, yes, but there was so much power and resilience from the words he was saying. The main speaking point was how he wrote about humanity itself; especially in Jerusalem being one of the most difficult pieces of real estate in the world, an area almost defined by the different religions intertwined into the history of the land. But despite everything, his intent [from what I understood] was to write a human piece; even extending to the exoticism of an Eastern country to the Western mentality. Sav and I talked a bit about this after the panel. How there’s this underlying notion that individuals from different cultured backgrounds are still very much different than, and if I may say loosely, white Caucasian humans, who live in the same place as there’s this sudden stigmatization of the perceived, often ideal or common individual. It’s this feeling that those of coloured-skin, for example, are held at a different regard; perhaps seen as a stereotype of brazen media outlets, perhaps believing in their powerlessness as individuals (for Women especially); or perhaps simply fascinated by how differently they walk their life, that humans think it is right or even necessary to poke the bear and scrutinize and examine another one of us, another human, for something they might not be. And despite not having read his books or even heard of him before this panel (though Savindi insta-bought his books after the panel) it’s what we think relates back to the human side of his writing; the no-strings-attached truth. So thanks for being super rad and inspiring, Mr. Navtej Sarna.

Then we went back to our assigned posts at the cool admission/re-admission station in front of the escalators. Today, everyone was super excited for the Chris Hadfield signing for three hours (I believe?) and the lineup, as I was told, looped around several walls. It was pretty intense. The only big name that I remember walking by with an entourage was Margaret Atwood. It was also funny when another co-volunteer commented how he didn’t know who she was, but assuming the Ontario English curriculum doesn’t change…he’ll know her name in a year or two. Also, there was this exhibitor who looked like Colton Haynes that we saw entering/leaving TIBF a few times. Literally, “wuuut Roy Harper?” Anyhow, there were more gentlemen looking for the Gentlemen’s Expo and many of them were like “lolbookfair”. But it’s fair, I guess, considering some might also have the reverse thought, “lolgentlemansexpo”.

Right when our shift ended was the start of Sylvia Day on the Main Stage. I actually wanted to attend said talk to see if there was any sort of narrative being developed but it was simply a Q&A session. I’m still pretty confused as to how to go about talking about the delayed [He Said, She Said] discussion on this blog which [we hope] will delve into the grey areas of BDSM and the like buuuuut we’ll see. Anyhow there were mainly discussions engaging how she gets her inspiration from around her; the cities, the people, etc. And how Gideon (is that his name?) was conceived. 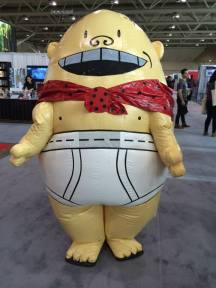 Then it was aimless walking around and talking to some peeps (mainly friends of Savindi) running exhibitor booths. Before the end of the night, we walked by the Spark Stage with the words of, “clitoris, clitoris, clitoris” spoken by the presenter, Dr. Jess O’Reilly, talking about her book “The New Sex Bible”. Not gonna lie, she was a pretty funny presenter and even had the audience emulate some sexually stimulating moves in the air. The talk was equally informative and entertaining and props to her for speaking with such gusto. Also, she gifted everyone with lubricant.

I think that was it for the day. I’ll edit it if there was anything else…but tomorrow (or today) is the day I finally get to be a consumer instead of a volunteer! So perhaps I’ll remember to take photos!